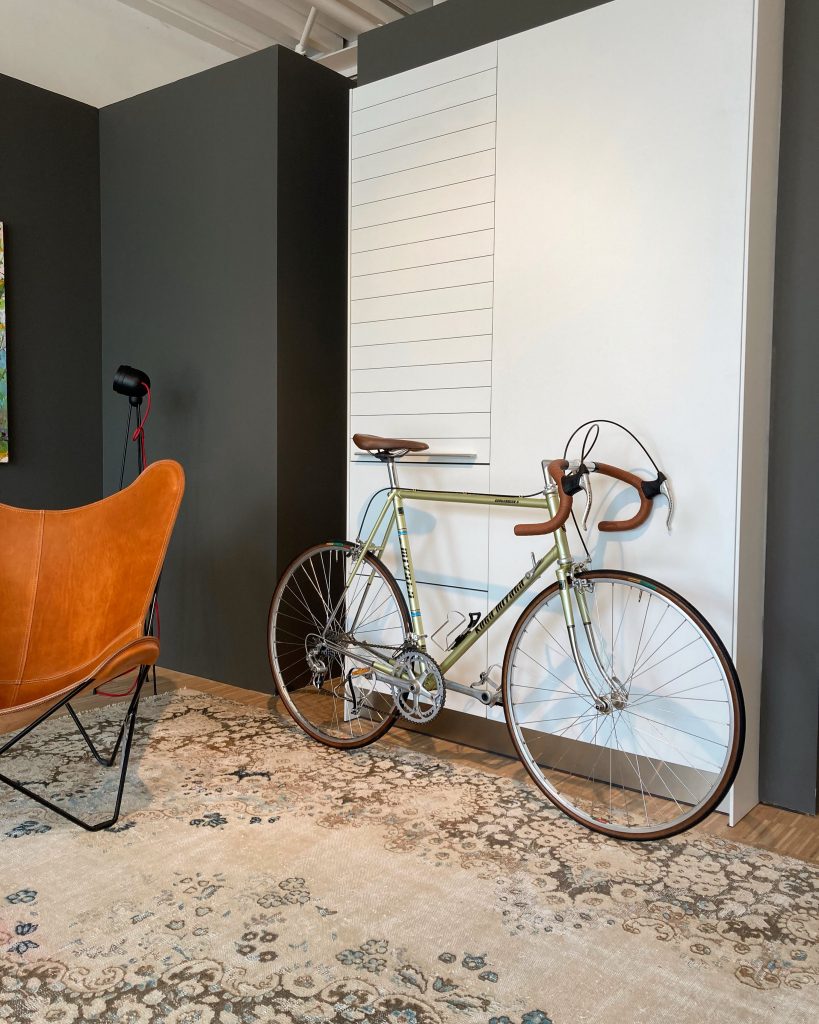 Last year we were asked to restore this Koga Miyata Gent’s Racer. The bicycle had belonged to an uncle of the client and had been preserved as a ‘family heirloom’. The idea was to completely restore this Koga.

Koga Miyata was founded in 1974. Due to the introduction of the short-time working, there will be more time for leisure activities. After the introduction of the Pro-Racer and the Pro-Luxe, among others, Koga introduced the Gents-Racer-S in 1979. This light frame, made of Tange Hi-manga tubes, is assembled with a Shimano 600 EX group. It is a quality product and certainly for that time a bicycle that could be seen. The Gentsracer turned out to be the best-selling racing bike from Koga Miyata’s model series.

Koga, as the company has been called since September 2010, still produces bicycles. They mainly serve the middle segment and the top end of the market. Koga is now part of the Accell group, just like Batavus, Raleigh and Atala.

In recent years we have been able to restore several Kogas from that time. And indeed we regularly have a Gentsracer in our workshop. Fortunately, many have been preserved.

Because we were able to renovate a racing bike for this customer before, we were also allowed to refurbish this heirloom. Just like us, the customer was very satisfied with the end result. The photo was taken on location: Bulthaup kitchens in Groningen. A beautiful store with aesthetically designed kitchens.