In 2017 I received a call from someone who pointed out to me that an old RIH in Haarlem was for sale. The story of RIH fascinates me, so I decided to travel to Haarlem that same weekend. Groningen-Haarlem is a short 2.5 hour drive, but I was happy to go for it.

It was a beautiful day and I was used to a ride through the polder. Still, it felt somewhat exaggerated to sit in the car for so long for an old racing bike. But I had fallen for RIH’s story and so it happened. With a healthy dose of excitement I went on my way and mused on.

The history of the RIH brand

RIH Amsterdam was founded in 1921 by the brothers Willem and Joop Bustraan. They were one of the first frame builders who could build lightweight frames. The shop they had was located at 150 Westerstraat in Amsterdam, in the Jordan. Wim Bustraan was a true craftsman, a perfectionist. The shop was only open in the afternoon so that Wim could go about his business undisturbed in the morning. Above the shop he soldered the frames together. “It does not benefit the quality of the ‘weld seams’ if I am constantly disturbed,” Wim said. He has built bicycles for many champions. From Gerrie Kneteman to Leontien van Moorsel. Everyone wanted a bicycle from RIH in Amsterdam.

When the Bustraan brothers died, Wim van der Kaaij took over the shop in the early 1970s. Because RIH had meanwhile entered into a partnership with Cové Venlo, Van der Kaaij was allowed to build a maximum of 250 RIH bicycles per year. Van der Kaaij retired in 2012, because there was no successor. Steel bicycles of the RIH brand have been built again in a warehouse in Amsterdam-Noord since 2013.

By now I had arrived at my address in Haarlem. I was standing in front of a white stately building in an upscale neighborhood. The resident was moving and only the RIH Sport was still installed in the living room. It was faded glory no doubt about it! Did I have to drive that long for that? The owner said that he once got the bike from a neighbor and that it had mainly been outside. 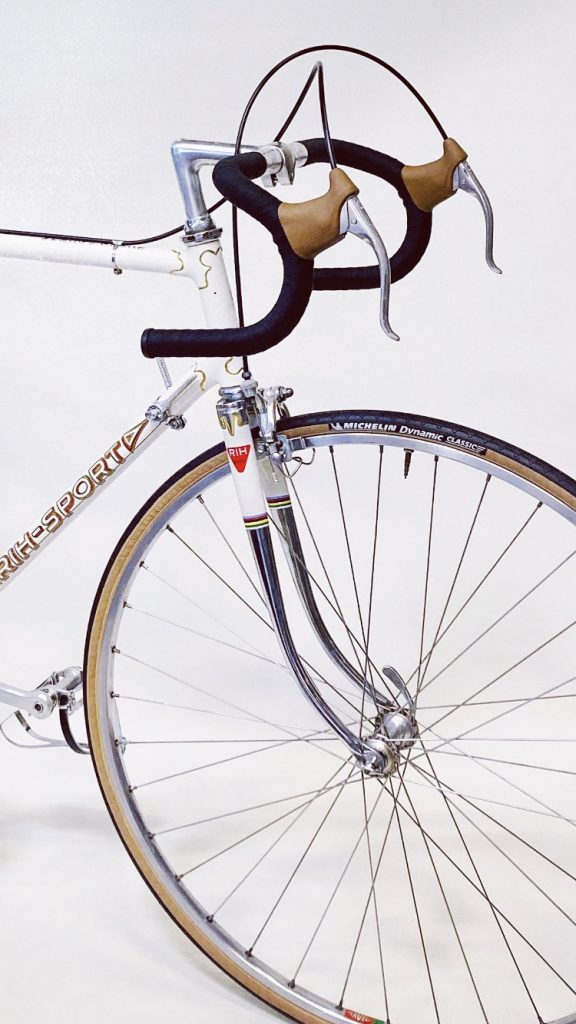 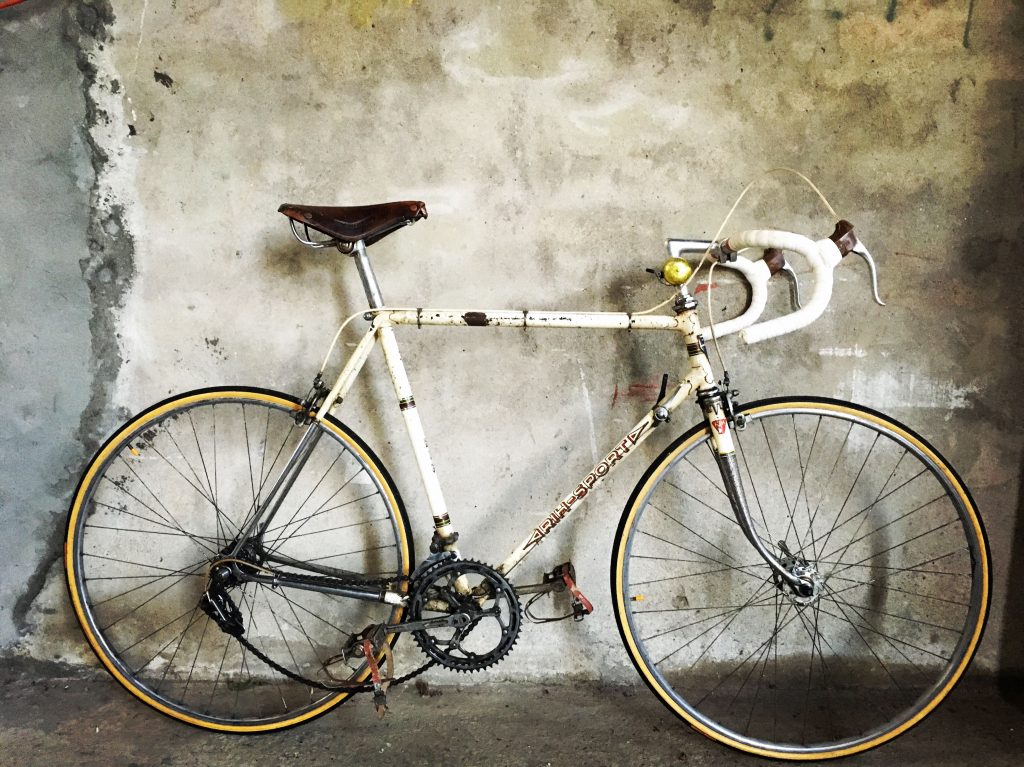 A beautiful bike but in a terrible condition

The sheets of paint were hanging from the frame and the decals were barely visible. But on closer inspection, despite the condition the bike, it turned out to be an interesting project. The deal was therefore quickly closed and I went back to Groningen with my trophy.

“An RIH sport in a terrible state, what could I do with that?”. I put into perspective that it had been a nice trip and that I had a story richer. But certainly also satisfied with the purchase of a brand with so much history.

A few months after I had safely put the bike away, someone from The Hague came into the shop. He asked if I happened to run into an old RIH. After some hesitation, I decided to show him, my ‘precious’ RIH. Unfortunately I have to confess that I gave in. It was a matter of awarding and he offered me a fair price. Before I could do thorough research into the model in question, I had already ‘lost’ the racing bike to someone else. But that’s how things go sometimes. But was it lost? Months later the new owner came up with my old RIH. He had the frame professionally sprayed and provided with new decals. Now you can pretend to be a purist in such a situation, but I thought the end result turned out beautiful. And as icing on the cake, I was asked to build the newly painted frame with Campagnolo parts.

The history, the story, a satisfied customer and a nice project on the ‘resume’ richer; that’s the reason why I do this job.

NB. contrary to what is often suggested, the name RIH does not come from: Rijwiel Industrie Holland. RIH is the name of the black Arabian stallion from Karl May’s books. It means whirlwind or hurricane.